Freight to and from China from the UK 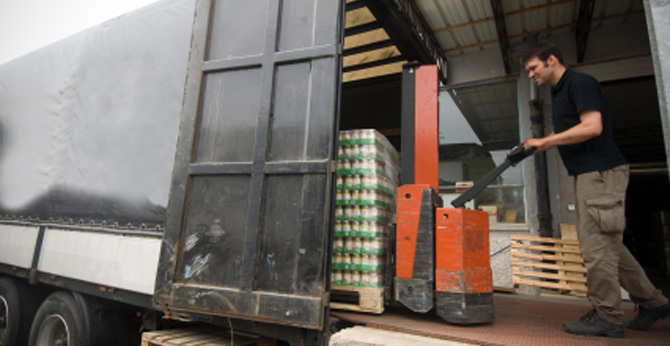 RSJ International Freight and shipping Services move cargo between the UK and China. Based primarily in Bristol, Cardiff and Newport, Wales, we havce more than 10 years experience in moving freight around the world, including to China. The larger the freight the better (if you trade worldwide, you might also be interested in out services to Dubai and to Australia).

A Guide to Doing Business With China

China in the past was known for manufacturing items using low labour costs, and a strong determination to improve its national economic conditions. Millions of goods are now manufactured and exported from China and reach every recess of the world. China is in high demand, not just as a supplier, but also as a target market for British businesses.

The first step for any British business to take, with the view of transacting in China for a sustained period of time, is the China-Britain Business Council. This eminent organisation has offices in both countries, with all staff being well trained and completely bilingual. The services they offer are mostly market intelligence in various forms, with the additional expertise and valuable contacts that their employees bring to the organisation. This will allow a new UK business to be sensitive to the industrial climate in China, whilst also allowing them to leverage vital knowledge and get established there.

When dealing with another Western country, the business guidelines are clear, and both parties are well aware that the relationship is purely professional. However, in dealing with an Eastern country like China, business relationships cannot be successful without first establishing a personal bond of trust. Chinese businesses expect their professional relationships to be built upon the solid foundations of a personal one. Unless these are developed and fostered, any professional interaction will not be very successful. This is where various councils and individuals, like the CBBC, play a significant role. These people act as intermediaries, providing the initial foray with a Chinese business.

The strong traditions of the Chinese people bind every aspect of life in the country, including business. If an entrepreneur from the UK wishes to set up business in China, it would be essential to follow the strict Chinese etiquette; understanding and following these are essential, especially when meeting for the first time. Politics is a sensitive subject with the Chinese, and additionally, as a race, they do not like to say 'no', and will often refuse indirectly. Formality is required at all times and is indicative of deep respect. Also, most of the Chinese appreciate and offer gifts as tokens, so it would be considered wise for a visiting business official to carry a large number of small gifts, wrapped in either gold or red paper - these being the colours the Chinese consider lucky.

3 Products worth Importing from China

Acquiring products from sources which either have superior manufacturing capability or lower production costs and selling them for a healthy profit is a basic principle of trade. Often it can be the case that this source may be a different country. Below are some of the products worth Importing from China.

Musical Instruments - The resources required to make a high quality of musical instrument can be expensive, as can the production costs of producing them in quantity. The production costs in China are considerably cheaper, and when you add this to the fact that China has an established reputation as an instrument manufacturer, this is a truly a credible investment market. Musical instruments of varying quality can be acquired with the prices fluctuating accordingly.

Mobile Phone accessories - The mobile phone industry is one which is sustainable and, if anything, will only increase in the future. With this growth in the mobile phone market will come an increase in the demand for mobile phone accessories. China has always been one of the market leaders when it comes to technology, so the high quality of product together with the reasonably low cost means that you can tap into this market and the exploit the demand elsewhere in the world.

Clothes - Clothes production in China can often be considerably cheaper due to the reduced labour cost as well as other factors. This means that there are considerable profit margins to be made, even once you discount the cost of shipping. There are various options with regards to which line of clothing you choose, with sporting goods being a particularly good choice.

There are certain nations in the world which are considered to be superpowers in a number of different respects. China has the largest population in the world, one of the largest economies and one of the largest GDPs. This makes the country a super power in so many respects, and especially business. With China being a front runner is so many different industries it is no surprise that there are a number of popular exhibitions in China which occur on a regular basis. Below are some of the best.

This is an international maritime exhibition held in Guangzhou, China. There are a number of seminars, forums and catering experiences throughout the event. The main exhibition sees companies and organisations from around the world provide information and showcase products and services from all aspects of maritime activity.

When it comes to successful exports from China, one of the most obvious is Tea. This is the country’s flagship show. Not only does it showcase the many different varieties of tea available, it also contains a large range of tea service and accessories. Approximately 600 exhibitors fill the 50,000 square feet of exhibition space which attracts around many thousands of people from around the world. (https://maritimeshows.com/china/)

The issue of Power transmission is high on the priority of most governments around the world. Held at the Qingdao International Convention Centre, this show is related to the products and innovations which can help to regulate the levels of damaging chemicals which are released through the use of power. As well as hundreds of exhibition stands there are speeches and interactive seminars.

This is the largest exhibition in China for the musical instrument industry. It provides manufacturers the opportunity to showcase their range of their designs and to make key contacts with other people in the industry. An example of why the show is so popular is that around 30% of the guitars in circulation around the world are built in the area, meaning that there is a high pedigree which attracts people looking for genuine quality instruments.

This exhibition concerned with the solar industry is one of the biggest and most respected of its type in the world. Each time this event is held it attracts around 90,000 visitors, including key figures from the industry. Many of these key figures will be amongst the 2,500 exhibitors. The show has been running for around 20 years and is concerned primarily with solar thermal technology and photovoltaics. More from www.intersolarchina.com.